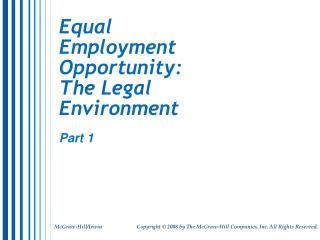 Risk and opportunity Part 1 - . tor stålhane torbjørn skramstad. contents of part 1. what is risk and what is

Employment rights of people with hiv/aids, viral hepatitis, and/or substance use disorders - . presented by legal action

Welcome to the Fort Carson CPAC New Employee In Processing Congratulations on your NEW JOB - . =. new job. overview of

The Elements, Book I – Highlights and Comments - . the 5 common notions. things that are equal to the same thing are

Chapter 1 The Legal Environment - . learning objectives. what is the common law tradition? what is a precedent? when