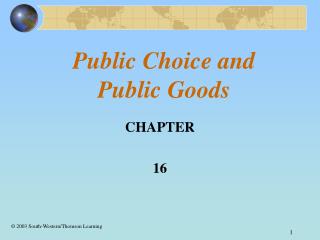 Public Choice and Public Goods. CHAPTER 16. © 2003 South-Western/Thomson Learning. Introduction. In most of our previous discussions, we have been talking about private goods Private goods have two important features