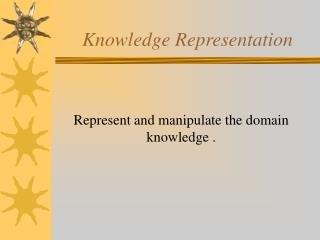 KNOWLEDGE REPRESENTATION - . k nowledge representation (kr), as the name implies, is the theory and practice of