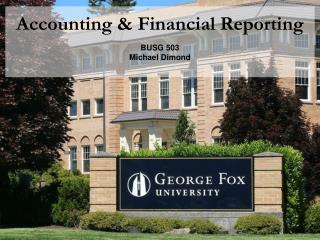 Chapter 4 - . accounting for branches and combined financial statements. objectives of this chapter. to learn the

ACCOUNTING - . accounting. accounting is the language of business. the affairs and the results of the business are