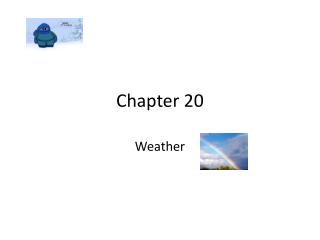 Chapter 20. Weather. Section 20.1. Meteorology- study of weather. Air mass: - large body of air, in the lower troposphere. -May be several kilometers in diameter and height -has similar temperature and humidity through out the air mass.