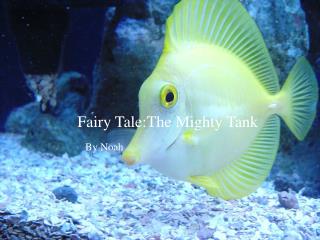 Fairy tale - Chapter 6. fairy tale. leading in. do you love fish?. how much do you know about fish?. what do you know

Fairy Tale Comparison - Kevin do. fairy tale comparison. the 3 little pigs. i am comparing the true story of the 3 little

Fairy Tale Notes - . literary terms. 1. plot : the sequence of events in a literary work. 1a. exposition : introduces the

Fairy Tale Frolics - . 5 themes of geography. getting started. review the fairy tales as a group note any of the 5 themes

Modern Fairy Tale - . our desires are not always best for us. proverbs 16:3 share your plans with the lord and you will

Fairy Tale Unit - . notes- part 1. fable . a story that isn’t really about the characters but is about its readers.

My fairy tale - Duec and bob. my fairy tale. cd. once upon a time far, far away on a farm there lived farmer john his

Grimm's Fairy Tale - . cinderella. once upon a time…: there lived an unhappy young girl. . she was unhappy, her mother