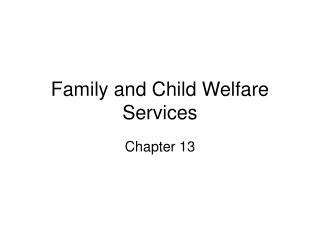 Family and Child Welfare Services. Chapter 13. Introduction . The family is recognized as humanity’s basic institution. No other established pattern has been found more effective in molding the personality of children and adults.