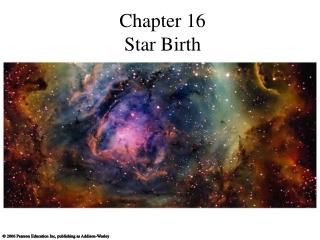 Star Birth - . most of the bright stars we see have lifetimes much less than the age of the solar system star formation

Chapter 16: Star Formation - . what force makes stars? gravity! out of what? interstellar gas and dust but this stuff is

The birth of a star Chapter 11 - . questions to be addressed:. where are the birth places of stars? what are the main

Birth of a Star - . jenn r and kim b. interstellar cloud. an accumulation of gas, plasma and dust in our and other

A BIRTH OF AN INTERNET STAR - . web2 summit 2011. what is the independent web and why does it matter?. it’s the web’s

Birth , Life and Death of a Star - . learning objective: to learn about the life cycle of a star. learning outcomes: all:

Stellar Evolution: from star birth to star death and back again - . prof. david cohen dept. of physics and astronomy.

1 Star Chapter! - . leslie odom &amp; ashley norwood. first thing’s first. while we may be presenting on the first

21 - Interstellar Spaceflight - . the physics of space travel (as we understand it). for a spacecraft accelerating at a