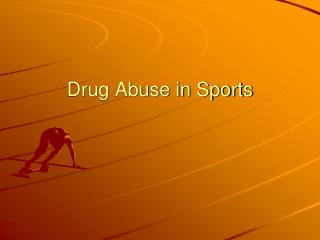 DRUG ABUSE - . drugs are chemicals that change how your body works. you may hear that all drugs are bad but if you get

Drug ABUSE - . thesis statement. the harmful effects of meth on the environment are. contents . of the 32 ingredients of

Drug Abuse - . illegal drugs-substances that are against the law for people of any age to manufacture, possess, buy or

Drug Abuse - . cassi skinner. statistics. most common abused drug is marijuana 19.5 million people over the age of 12 use

Drug Abuse - . the truth about drugs. before we get started…. i am here to educate you and provide you with true,

Drug Abuse - . self administration of drug or drugs in manner not in accord with accepted medical or social patterns.

Drug Abuse - . … the prevalence of severe drug abuse problems and their consequences has increased since 1985…. the

Drug Abuse - . by ali and aaqib. what is a drug. a drug is a substance which affects the way the mind and body works. it

drug abuse - Drug and alcohol abuse is a common problem today. just like any addiction, its a problem that you cannot

Drug Abuse - Turn in your “target heart rate” lab, if you did not yesterday. please get out a pencil and sheet of