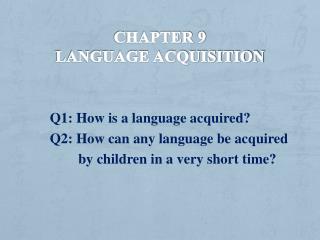 Optimizing a Lexical Approach to Instructed Second Language Acquisition - . frank boers. what parts of language is this