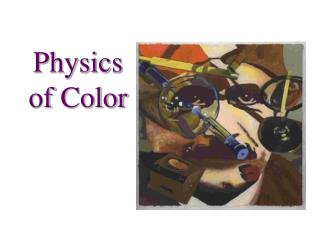 28.1 The Color Spectrum - The colors of the objects depend on the color of the light that illuminates them and some other

Genetics - . chapters 13 &amp; 14. genes are segments on the chromosomes that are responsible for inherited traits

Physics 410 - . light and color chapter 14. doppler effect. the change in wavelength due to motion of the source or

Eye Color and Peripheral Vision - Hypothesis:. as i changed the eye color from brown, to blue, and to green then the