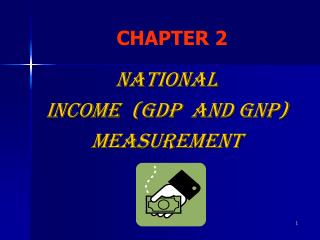 CHAPTER 2. NATIONAL INCOME (GDP and GNP) MEASUREMENT. What is income?. Income is the money earn or paid as a reward for the resources owned. For example: A worker earn income in the form of monthly payment. Instead,. What is National Income?. National Income. Measurement Scales - . measurement : the assignment of numbers or other symbols to characteristics of objects according

National Income and Price Determination - . unit goals: the student will be able to. understand three keys facts about