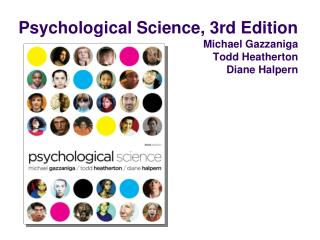 Psychological Science, 3rd Edition Michael Gazzaniga Todd Heatherton Diane Halpern . Human Development. 11. Questions to Consider:. What Shapes a Child? How Do Children Learn about Their Worlds? How Do Children and Adolescents Develop Their Identities? RICHARDSON MISSIONS MICHAEL &amp; DIANE - . mat 28:18- 20 and jesus came and spake unto them, saying, all power is

Level Three Leadership 3rd Edition - Chapter 1. leadership is about managing energy, first in yourself and then in those