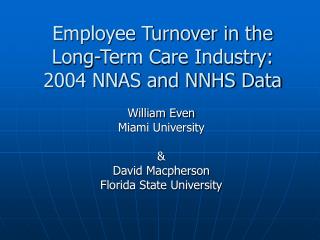 Long-Term Saving in Thailand - . introduction. after the 1997 crisis , domestic saving in the capital accumulation and

Dr John D Dean, MD FRCP - Designing and delivering care for people with long term conditions what can the nhs learn from

B-2 A Panel on Nursing Workforce Challenges in Long-term Care: Success in Four Ways - . panel composed of: robert burke,

Restraints - . what are restraints?. restraints are physical, chemical or environmental measures used to control the