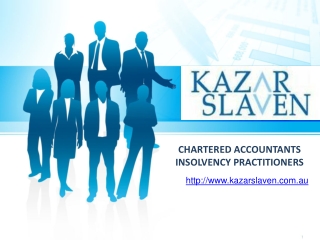 Kazar Slaven is a leader in the accountancy sector with extensive knowledge of the Canberra region and a depth of resources. We have an extensive staff team and are focused on business problem solving and insolvency issues. Accounting Practice Canberra With Kazar Slaven - Managing the finances can get tedious; you may have to spend hours every

Chartered Accountants UAE - We provide the best accounting and tax, consultant services in dubai. are you still worried