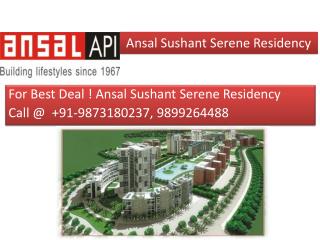 Ansal sushant Aquapolis - Ansal aquapolis adjacent to noida on nh 24 near crossing republik, the mall is amid integrated

Serene Talks - We in serene fashions help to bring out the best in you. helping to shop for the choice of attires and

Vaishnavi Serene Bangalore - Http://www.vaishnaviserene.in/ the vaishnavi serene is a new residential venture from

PPRL Serene Spaces - An avant-grade project of 120 apartments in 3 towers set in 2.6 acres at just 700 meters off pune

Bollineni Serene, Yelahanka, Bangalore - For the connoisseurs of luxury and the aficionados of value, comes a home which

By Madison Serene Swirbul - Pollution: sickness in the air and water. by madison serene swirbul. what is going on?. there