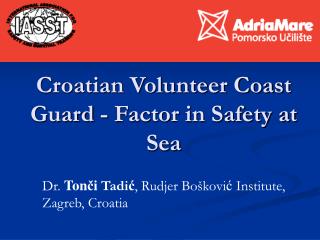 IRISH COAST GUARD - . introduction to;. fire safety. in the home &amp; the work place. by :chris reynolds. design by

Pregnancy in the Coast Guard - Policy. servicewomen are retained in the serviceexpected to fulfill their professional and

Factor of Safety (Safety Factor) - . in the calculations, material strengths, manufacturing process. is used to provide a