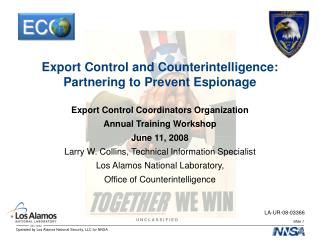 Partnering with Your Student during Fraternity &amp; Sorority Recruitment - . this webinar is brought to you by the

SUNY and Export Controls: Compliance, Education and Awareness - . richard a. johnson richard.johnson@aporter.com the