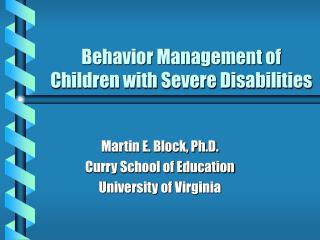 An Overview of Violence Against Children with Disabilities - . presented by: nora j. baladerian, ph.d., cst, bcfe

Working with “Special” Victim Populations - . victims with disabilities. you are working with people who have