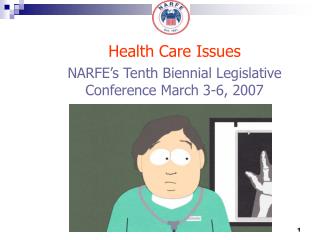 NARFE Washington State Federation of Chapters - . what does it do for us?. wsfc. represents federal retirees/employees

Tenth International Conference on the Chemistry of Selenium and Tellurium - Will be held in ÅÃ³dÅº, poland, 23-27

Workshop at the18 th Biennial Conference on the Biology of Marine Mammals - . “learning to effectively and efficiently

GHSLA Conference Brasstown, GA March 9, 2007 - . the changing face of reference by lynette ralph. to be discussed. what