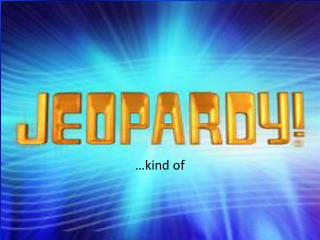 If I Were President … - . by gretchen wuerger. what kind of leader would i be?. generous kind-hearted honest

What Kind of Ground Are You? - . having been born again, not of corruptible seed but incorruptible, through the word of

Chapter 9: Articulations - . review game. a suture is an example of what kind of articulation?. synarthrosis. what kind