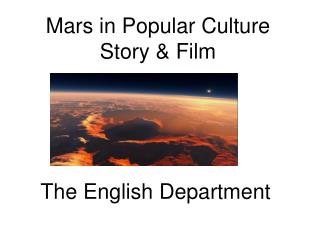 20 mars 2009 - . a renewal story. safe harbor. this is an independent study performed by students from the faculté des

A Rose for Emily - . by william faulkner. introduction of story. first published in april of 1930 became a film in 1982

automatic film processing - Film transport. a system of rollers that moves the film through the developer, fixer, washing

Chapter 4 - . folk and popular culture. culture and customs. people living in other locations often have extremely

DANISH FILM 1896 – 2004 - Palle schantz lauridsen dept. of nordic studies and linguistics what is the lecture about?

Culture - . sociology. lesson outline. what is culture? components of culture language and the sapir-whorf hypothesis

Is each picture an example of popular or folk culture? - . read pages 18-25. 1. in your own words and from your reading,