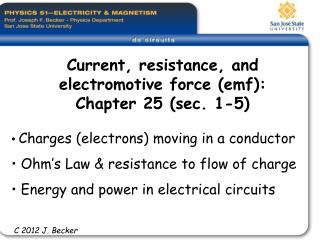 Electricity - . n bronks. basic ideas…. electric current is when electrons start to flow around a circuit. we use an

Capacitors - . a capacitor is a device for storing charge and electrical potential energy. capacitors in an electronic

Chapter 1 MAGNETIC CIRCUIT - . magnetic circuit. it is the path which is followed by magnetic flux. it is basically

20.2 Resistors in Series or Resistors in Parallel - . pp 736- 745. essential questions. based on the orientation of