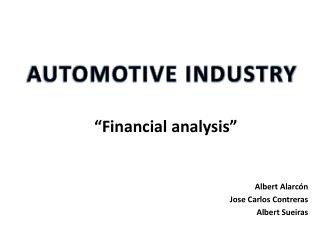 Why Financial Statements Analysis? - . “you” may be an investor a creditor a supplier a customer an employee the