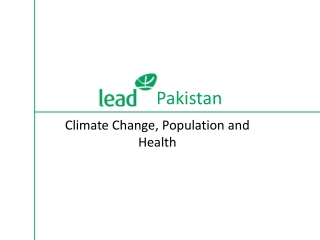 Pakistan. Climate Change , Population and Health. What LEAD does:. Operational in Pakistan since 1995. Promotes equitable social development that is economically and environmentally sustainable. Involved in multi- sectoral activities including: Capacity Building Pakistan - Is the seventh most populous country in the world.

Pakistan - . the problems and solutions regarding terrorism and 4thgw. by: zain nabi khan. pakistan, a beautiful land of

Pakistan - . pakistan. center of the region, rich in resources yet to be explored, understood and shared. education and

Pakistan - . august 1858. after the failed sepoy rebellion the british instituted direct rule over india. before that the

Pakistan - . the islamic republic of pakistan was founded as an independent nation in 1947 following the end of colonial

Pakistan - . by annabelle and pari. what system of government. federal republic form of democracy federation of states