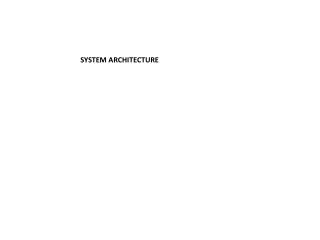 Information System Architecture - . the data is the raw material of any i.s. before becoming information, the data must