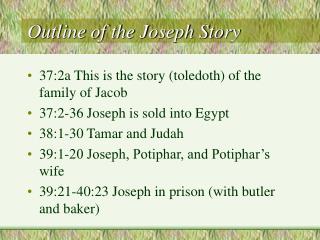 Story Outline - . the story is mainly about audrey ii (an evil flesh eating plant) wanting to take over the world.

Implementing RtI The Chief Joseph Story - . do’s and don’ts:  using assessment to map a plan for success with rti

The Life of Joseph - Session 1: introduction. the life of joseph. what do you know about joseph?. joseph’s life is

The Character of Joseph - . text is from genesis 37-50 joseph as a young man in canaan hated by his brothers told on his

The Story of - . james j. lee. pearl harbor survivor and. a true american hero. by: trever finnigan, sabrina edmonds, and

The story of - . the fed family. judy. johnny. sally. joe. a nd max!. the situation. joe has a good job and plans to