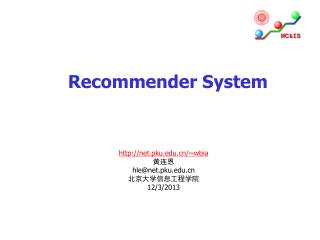 Evaluating Recommender Systems - . evaluating recommender systems. a myriad of techniques has been proposed, but which