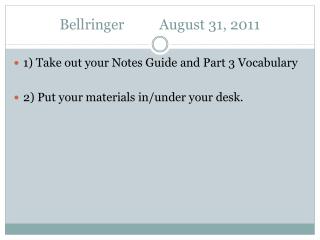 Bellringer August 31, 2011. 1) Take out your Notes Guide and Part 3 Vocabulary 2) Put your materials in/under your desk. World History 8. Coach Corley August 30, 2011. Objectives. Today, we will be learning to understand the Assyrians and Chaldeans. The Assyrians. *The Assyrians. 31 august 2009 - The hammer striking process in french medieval mints: study of the amount of scissels in a technical