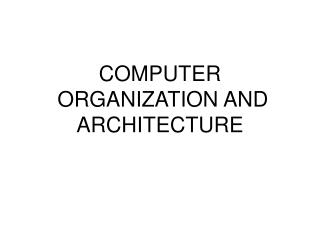 Computer Organization and Architecture - . instruction level parallelism and superscalar processors. chapter 14. what is

COMPUTER ORGANIZATION AND ARCHITECTURE - . computer organisation and architecture. the components from which