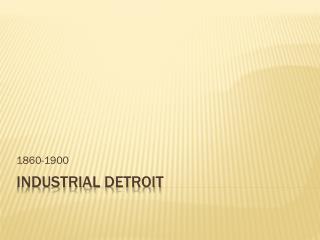 Fireproofing Detroit- How to choose the right contractors - We paint our house on a regular basis. yearly or six-monthly,

The Spatial Inequality of Mexico City and Detroit - . by sofia p, lydia b, chelsea s, and shayna

Where to sell scrap metal in Detroit ? - Basic metals is a full-service industrial recycling company based out of metro