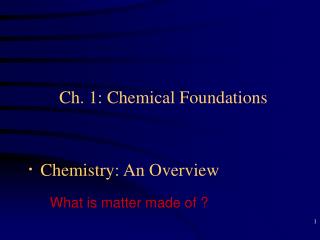 Topic 3: The Chemistry of Life - . 3.1: chemical elements and water. ★state that the most frequently occurring chemical