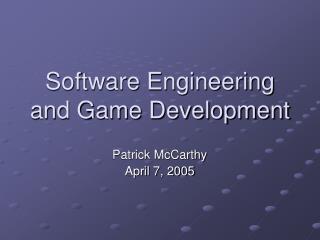 Software Engineering for Game Development - . “ten or twenty years ago it was all fun and games. now it’s blood,

RabIT software engineering and development - Company has been founded in the spring of 2011 in szeged. initially we