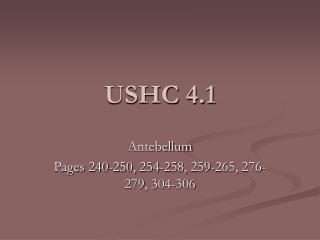 USHC-6.4a - . outline the causes and course of world war i, focusing on the involvement of the united states, including

4.1 - Solution. solvent. solute. a solution is a homogenous mixture of 2 or more substances. the solute is(are)

4.1 - . demana, waits, foley, kennedy. angles and their measures. what you’ll learn about. the problem of angular

4.1 - . tables, graphs, and connections. students are expected to:. * graph by constructing a table of values, by using

4.1 - . introduction to the family of exponential functions. growing at a constant percent rate. example

4.1 - . scatter diagrams and correlation. 2 variables. in many studies, we measure more than one variable for each

4.1 - . radian and degree measure. quick review. quick review solutions. what you’ll learn about. the problem of

4.1 - . what is a mineral?!?!. objectives for 4.1. define a mineral describe how minerals form classify minerals

4.1 - Please use “normal” ppt view to follow the presentation (not a slide show); make sure you can see “the