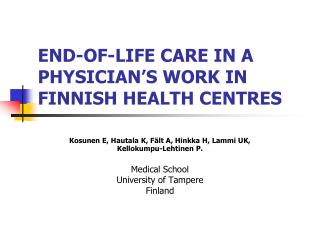 A GP for Me - . making it work in victoria november 27, 2013. our vision. promoting healthy communities through

Problems of Health and Health Care - . chapter 2. health care as a global social problem. united nations and the scope of