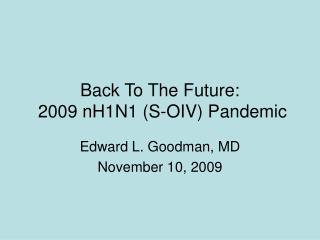 Ready or Not: Preparing for Pandemic Flu - . a flu pandemic will happen – we can’t predict when or where. objectives.

Pandemic Flu Plan For Polk County Schools - . by: robbin chapman rn msn september 17, 2009. are you ready? are we ready?.

Industry Preparation for a Human Pandemic Education and Awareness Information - 2. introduction. to ensure the safety of

The Pandemic Flu of 1918 - . a medical holocaust. pandemic flu. pandemics happen every 10-50 years the pandemic flu that

Basics of Avian and Pandemic Influenza - . the pandemic clock is ticking… we just don’t know what time it is. will

Pandemic Preparedness - . considering the needs of employees with disabilities during a pandemic flu outbreak job

Pandemic Influenza: A Community Perspective - . september 10, 2009. objectives. influenza: what it is…what it is not