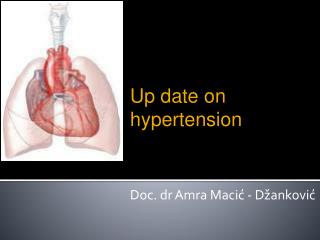 Up date on hypertension Doc. dr Amra Macić - Džanković. Treatment of hypertension in DM type 2 patients. Two or more drugs/combination therapy are usually needed to reach the target BP (below 140/90mmHg, but not below 120mmHg) It has been proven that : Intra-Abdominal Hypertension (IAH) - . the silent killer!. what was their intra-abdominal pressure?. have you ever seen a

CMS &amp; The AMA’s RUC Brian Klepper, PhD - How primary care became the job nobody wanted (and how to fix it). cms