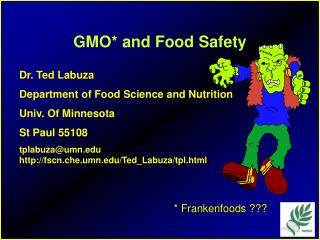 PRINCIPLES OF - . food safety. &amp; sanitation. the sanitation challenge. whether handling food for your family, or

Challenges to Food Safety - . a foodborne illness is a disease transmitted to people through food. an illness is

Lesson 9 - . managing food safety. nasa food consultant. you and your team have been put in charge of providing safe food

Food Safety Week - Food hygiene quiz - . question 1. true or false: you can reheat leftovers as many times as you like.