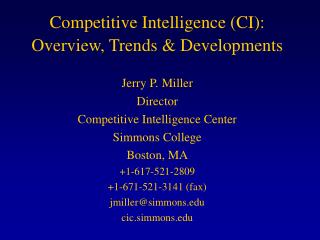 Artificial Intelligence - . introduction. where are we?. overview. course home page:

CHAPTER 3 - . evaluating a company’s external environment. this chapter will help you understand: lo 1 how to

The Nature and Sources of Competitive Advantage - . the emergence of competitive advantage sustaining competitive

Competitive Swimming - By: jessica catti rowan university glassboro, nj what is competitive swimming? the goal in