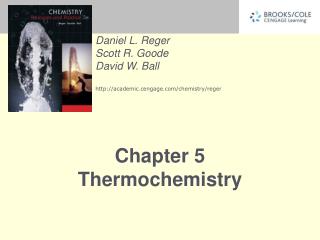 Chemistry II Chapter 5 Thermochemistry - . 1. the study of energy and its transformations is known as _thermodynamics __.

1 November 2011 - . objective : you will be able to: describe enthalpy and differentiate between endothermic and