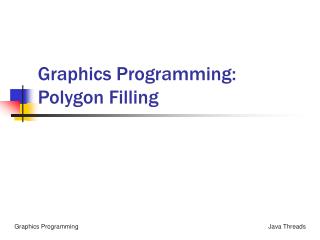 The Polygon Angle-Sum Theorem - . the polygon angle-sum theorem. a diagonal is a segment that connects two nonconsecutive

Assignment No. 05 - . vector graphics is the use of geometrical primitives such as points, lines, curves, and shapes or

JOURNAL 6.. - Journal 6. by: nina dorion. polygon. a polygon is a shape with straight sides, a polygon must have at least