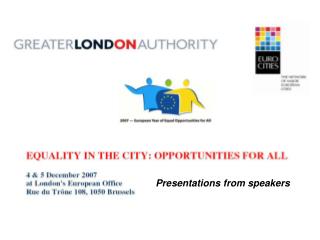 Questions from Oral Presentations (9.30) - . team ares. electromechanical questions. what is the effect of relocating the

Speakers - Looking to buy some quality speakers? at volgopoint, you can buy speakers of your choice from an extensive

Speakers - . disclaimer: the views expressed in this presentation are our own and do not necessarily reflect the views of

Biodata of speakers and presenters - . ms. concepcion pijano. the president of