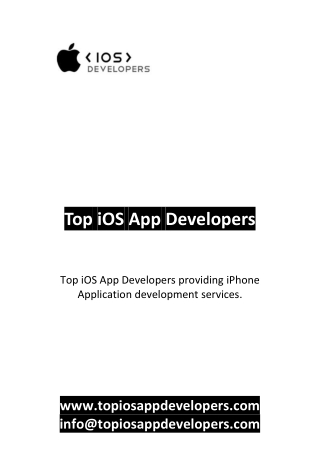 iOS App Development Company - Once you have made up your mind that an application is required for your business concern,