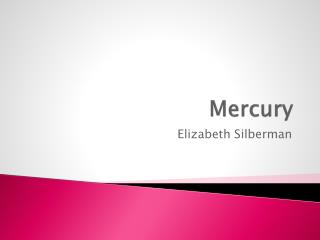 Mercury. Elizabeth Silberman. Mercury is the smallest planet in the solar system and the closest planet to the sun. Mercury has the smallest tilt. The Romans named the planet after the Roman god mercurius . Mercury can be seen in the southern hemisphier in a fully dark sky.