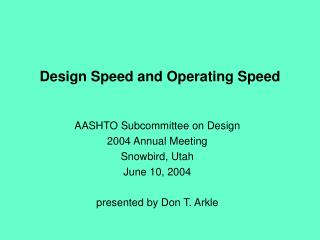 DYNAMIC SPEED GOVERNORS - . seminartopics.info. introduction. with the of aim of dynamically limiting the speed of the

Chapter 5 Memory Hierarchy Design - . introduction. the necessity of memory-hierarchy in a computer system design is

TAKS Objective 5 - . the student will demonstrate an understanding of motion, forces, and energy. practice filling in.

Constant Speed &amp; Acceleration - . inertial reference frame. defined as the perspective from which a system is

Properties of Light - . a. b. the speed of light. galileo’s experiment. c = round trip distance/total time. jupiter.