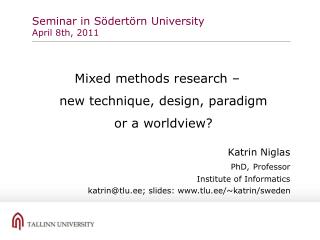 April Aleman RN MS - What in the world is . april aleman rn ms. community health?. what is a community?. a community is a

April 2011, Christ University, Bangalore - The course on indigenous knowledge for under graduate students with specific

8th SEMINAR - . laboratory methods based on antigen-antibody interactions i. the sensitivity of immunoassays. s ensitive

8th of April - . gypsy’s culture day. we have made an exhibition in our school about the gypsy culture. and our third