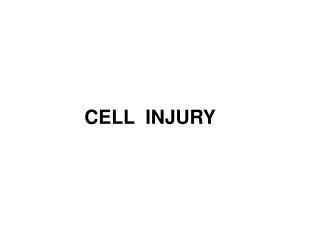 Traumatic Emergencies - . lesson 6. in this lesson, the focus will first be on the following: common mechanisms of

Management of head injury - . epidemiology. head injury is a leading cause of morbidity and mortality and it is the most

Plant and Animal Cells - . by: mcnutt &amp; brown. essential questions. what are the basic cell parts? what is the