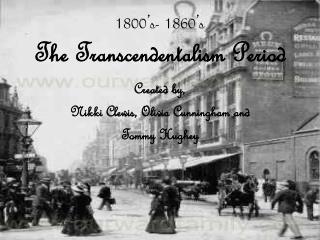 Looking to the West (1860-1900) - . the indian wars. the life of the plains indians. eastern settlers changed the lives

The Transportation Revolution in America, 1790-1860 - . the consequence was a unified national economy before the civil

Describe the outcome of the election of 1800. Explain Jefferson’s policies as President. - Objectives. describe the