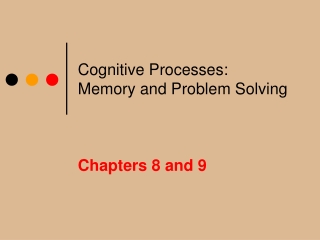 Cognitive Processes: Memory and Problem Solving. Chapters 8 and 9. Memory Defined and The Information Processing Model. Defining Memory The persistence of learning over time through storage and retrieval of information