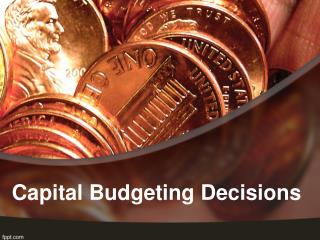 Budgeting - 21. budgeting. describe budgeting, its objective, and its impact on human behavior. 1. describe the basic

Effective C++ - . 55 specific ways to improve your programs and designs. why???. “used without discipline, however, c++

Budgeting - . fall 2011. introduction. tool for planning and controlling organizations. a budget is the quantitative

TOUGH DECISIONS - . tough decisions this is a lesson that helps to bring to our mind just how uncompromising the religion